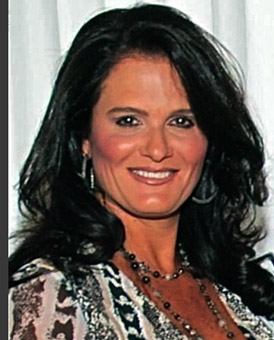 Patricia Murabito has been the Chairman of the Board for the Johnny M Foundation since her and her husband formed it in 2010. It was their dream and now a reality to ensure that their son Johnny’s memory would go on forever while helping ensure that children less fortunate would achieve a better life. Patti holds the position of Vice President and secretary of her and her husband’s business RE Business Solutions. Her main responsibilities there are Human Resources and management. Patti was much more involved early on in the business but worked part-time for the last 10 years to raise their children.

Patti along with her husband have orchestrated and navigated all of the fund raising efforts and projects that the Johnny M Foundation have been involved with and achieved. Patti’s connection and respect as a businesswoman in the community has been instrumental in getting companies and individuals involved with supporting the foundation.

Patti is a graduate of F.I.T. and after graduating was employed with Strawbridge and Clothier, a Philadelphia based retailer for many years in the buying office. Holding that position gave her the further knowledge and experience in negotiating pricing, deals and people skills.

Patti has been very active in all of the schools that their children attended with fund raising efforts. She is also very passionate and involved with the Ronald McDonald house of Camden and the For Pete’s Sake a cancer respite foundation. Patricia and John have been extremely supportive and generous to all of the local charities and foundations. Their daughters are following in their parent’s philanthropic footsteps by giving back to the community. They are involved in many organizations that help children deal with life situations such as divorce, death and bullying. Along with that, the Murabito girls have done service trips throughout the U.S. helping to make a difference. Patricia and John reside in Mount Laurel NJ with her 3 daughters Gianna, Nicolette and Gabrielle. 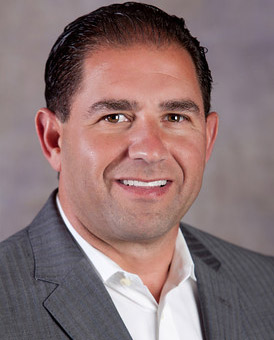 John Murabito is the Vice President and co-founder of the Johnny M Foundation. It was also his vision along with his wife Patti to ensure their son’s memory to live on and help other children along the way.

John Murabito is the President and Founder of RE Business Solutions (formally Ribbons Express). John was born and raised in South Philadelphia by two hard working parents who instilled great work ethics in him.

John attended high school at Saint John Neumann and while he was there he started working at Shields Business Machines. John did not really like school or studying but knew he liked finance and selling, so after graduating he continued to work at Shields where he worked his way up the ladder from a service tech (fixing typewriters) to a salesman, selling the products. After many years of successfully building relationships with clients and learning all aspects of the business he decided to take a shot and start a company on his own. So in 1988 John did just that. Ribbons Express was born in the basement of his parent’s home in South Philadelphia. John is the meaning of the American Dream and a true success story. A few years after that, his wife Patti joined him and they went from the basement to many different locations along the way to their current headquarters in Cherry Hill NJ. RE has been recognized as one of the fastest growing companies in the Delaware Valley with locations in Northern NJ and Buffalo NY. RE is a leader in printer and copier sales and supplies for Hewlett Packard, Xerox and Lexmark, along with many other product lines. John is instrumental in developing great business relationships with his company’s customers and vendors. He oversees his company’s total operations but specializes in negotiating deals and marketing strategies to increase sales and revenue.

John has enjoyed actively working with a number of charities, For Pete’s Sake, Cancer Respite Foundation where John sits on the advisory board. John is also extremely involved with the Ronald McDonald house in Camden NJ. Both of these organizations are near and dear to John’s heart and have been the recipients of some of The Johnny M Foundation’s efforts.

John is a member of the Union League of Philadelphia and belongs to many golf clubs, Tavistock and Medford Village, to just name a few. He is an active member of the Trimega buying group, within his industry, helping to pull businesses together like his, to have better buying power. With all of John’s connections both personally and in business he has lent a hand in achieving success for The Johnny M Foundation. Like his wife Patti he has also instilled the core values onto his daughters to give back to the community and help others. John resides currently in Mount Laurel NJ with his wife Patti and their 3 daughters.